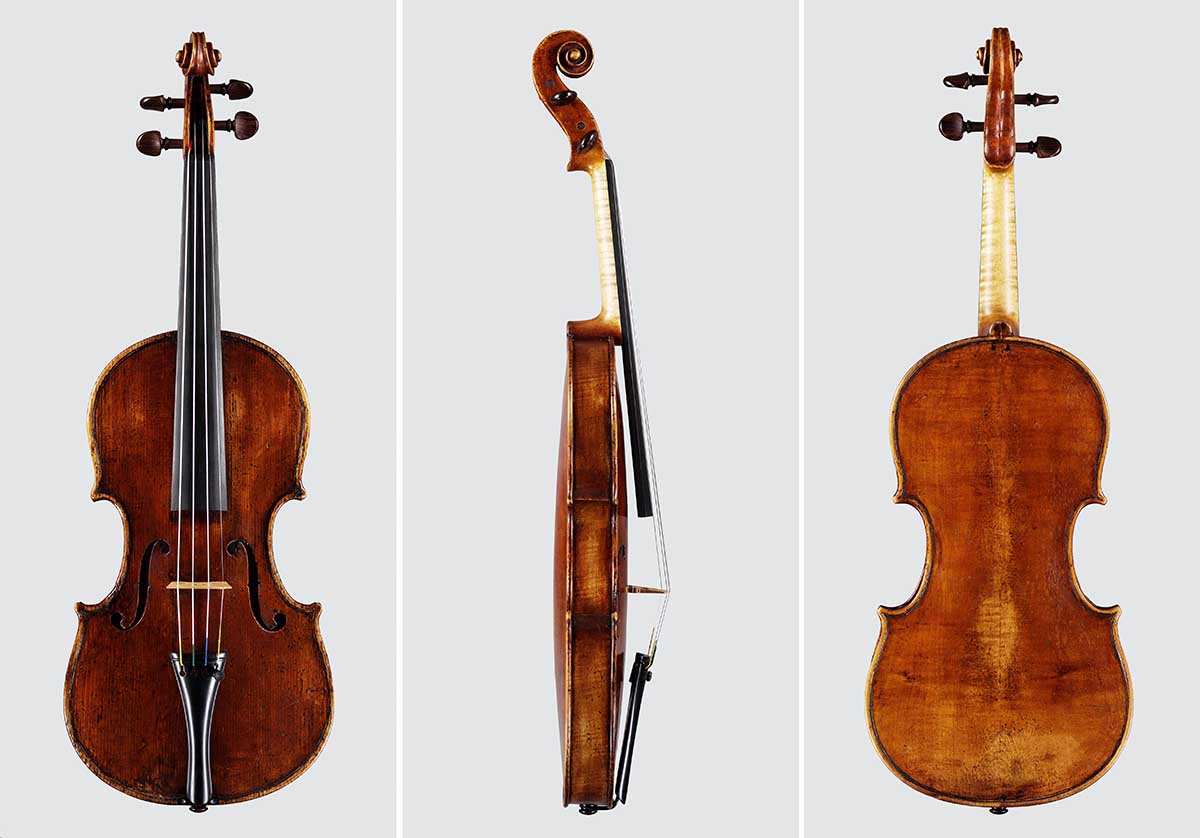 Description: This violin is a fine old Italian instrument, the work of a follower of Carlo Ferdinando Landolfi of Milan. It dates from c.1790-1810, is a good and characteristic example of the later Milanese school.

Violin maker: Landolphi (Landolfi), Carlo Ferdinando. Worked circa. 1750-1775 Milan, Italy. A German-born violin maker who came to Milan in the middle of the 18th century where he plainly came under the influence of Paolo Antonio Testore. Probably already had a technique and style learned in his native country and later work sees his Germanic style, most noticeable in the cutting of the head and soundholes, merged with more advanced Italian ideas, possibly gleaned from J. B. Guadagnini who was active in Milan 1750-1758. Early work is in the style of Paulo Testore with bulbous arching and plain golden-brown varnish. Later work with flat arch, flamboyant soundholes, and a tendency to extend the last turn of the eye in the German manner, with a thicker sometimes quite brittle, golden-yellow or red varnish. [John Dilworth]

This violin is currently on loan to Katherine Waller.