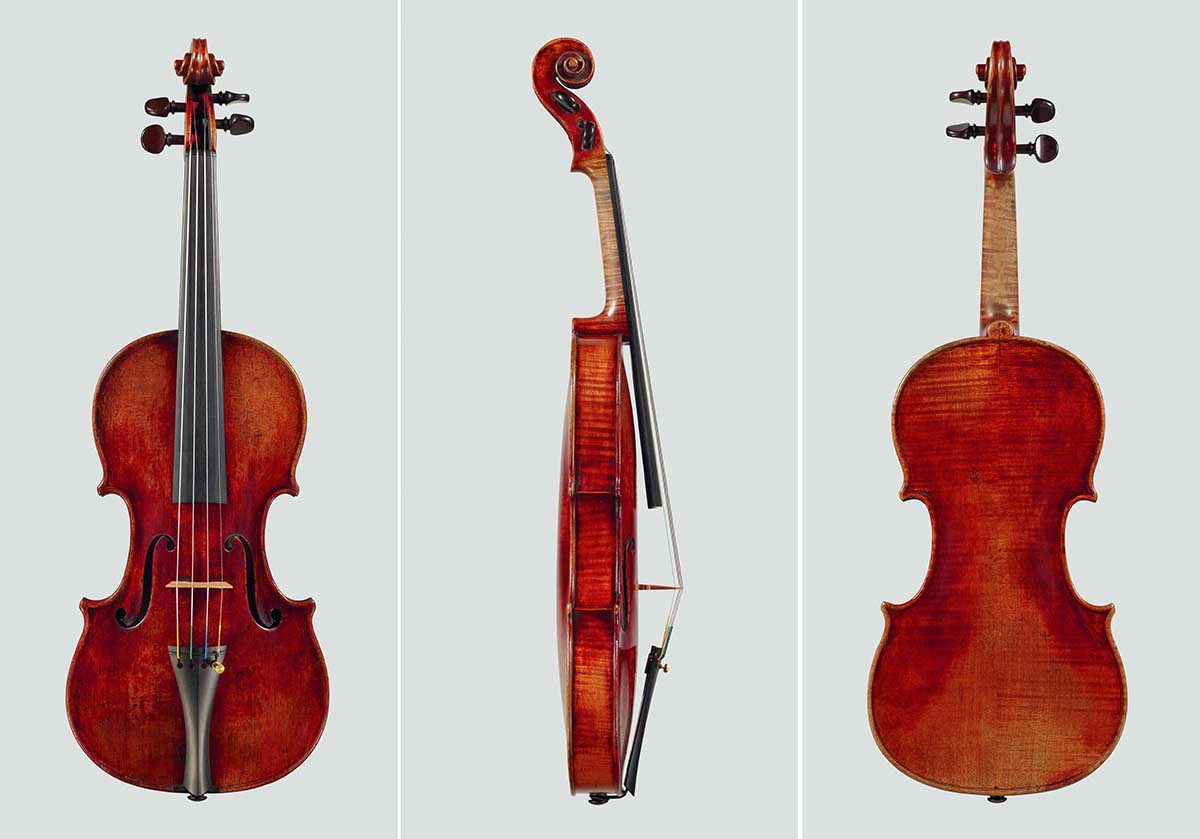 Description: this violin is a fine old instrument, the work of Vincenzo Panormo, the Italian maker who worked in London. It dates from c.1800-10, when he was assisted by his son Joseph. It is a fine and characteristic example of the maker’s work

Violin maker: Panormo, Vincenzo Trusiano. Born circa. 1734 Monreale, Sicily Italy, died 1813 London UK. Thought to be the son of Gaspare Trusiano, who is known as a musical instrument maker with at least one double bass extant. Adopted the name Panormo after leaving Sicily, from the Latin name of Palermo, his original place of work. Originally a maker of woodwinds and stringed instruments in general; there are several woodwind instruments extant with his brand. An early double bass exists with his manuscript label ‘Vincenzo Trusiano’. Travelled widely: first son François born in Rome 1763; second son Joseph was born in Naples 1767. A business by the name Panormo e Figli existed in Naples up to the 19th century. Worked also in Marseilles before arriving in Paris before 1781. May also have worked briefly in London and Dublin in the 1770s. By 1789 established in Dublin, possibly employed by Thomas Perry, and by 1791 was in London where he remained as an assistant to John Betts. A hugely important figure in English violin making, his experience transformed the habits of London makers previously loyal to the Stainer model into a focus on Cremonese work in general and Stradivari in particular. Very refined work, with a particularly delicate head, low-arched model, finely detailed yet with subtleties of character. It is also very varied, with his Paris work reflecting influences there, being slightly heavier and a little Mirecourtian, with golden-yellow varnish, while in London he was probably encouraged by Betts to make closer copies of Stradivari and Amati work. Materials and varnish are likewise inconsistent: sometimes very plain wood used and various types of purfling but the varnish is always fine, though of different shades and textures. [John Dilworth]

I just wanted to pass along to you that my Trio won the Cavatina Competition yesterday, and the Panormo the Foundation has loaned me really helped us to sound our best. My group was immediately pleased by the change in sound when I switched instruments a few months ago, and I’m really enjoying having the opportunity to play on it.

Thank you so much for your support!