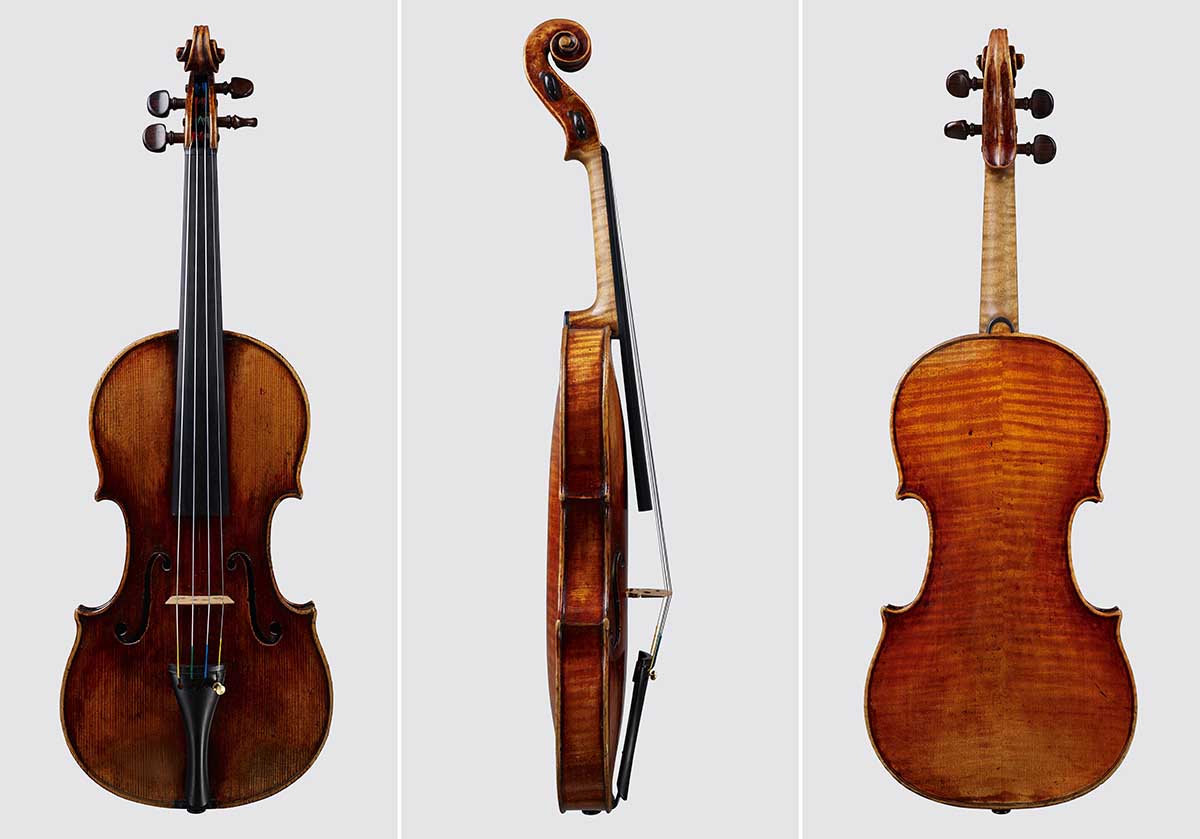 Description: this violin is a fine old Italian instrument, the work of Bernardus Calcanius of Genoa. It dates from c.1740. It is a good and characteristic example of the maker’s work.

Violin maker: Calcanius, Bernardus. Worked circa. 1710-1750 Genoa Italy. The best maker of the Genoese school, he may have been introduced to the craft by one of several Tyrolean makers, Martinus Heel, C. Rittig, and P. Erhard who seem to have settled in Genoa around 1700. Formed a partnership with Antonio Pazarini from about 1740. His success led to the establishment of several workshops in Genoa in the eighteenth century. Narrow waisted Amati models. Very attractive workmanship, using fine quality materials and varnish which varies in colour from golden-yellow to orange-red. Rather upright soundholes with a distinctive axe-head shape to the lower wings. Strong and distinctive character in all, typical of the eighteenth century Italian school in general. Although lacking the extreme refinement of the Cremonese, there is always present a balance of taste and style in the model and execution. [John Dilworth]

The loan of the Calcanius Violin has been immensely helpful and inspiring. Being able to play on such a fine instrument makes a huge difference to many aspects of my playing. The violin has such a special, unique sound, which lends itself so well to playing chamber music. I am extremely grateful to the Harrison Frank Foundation for making this possible.