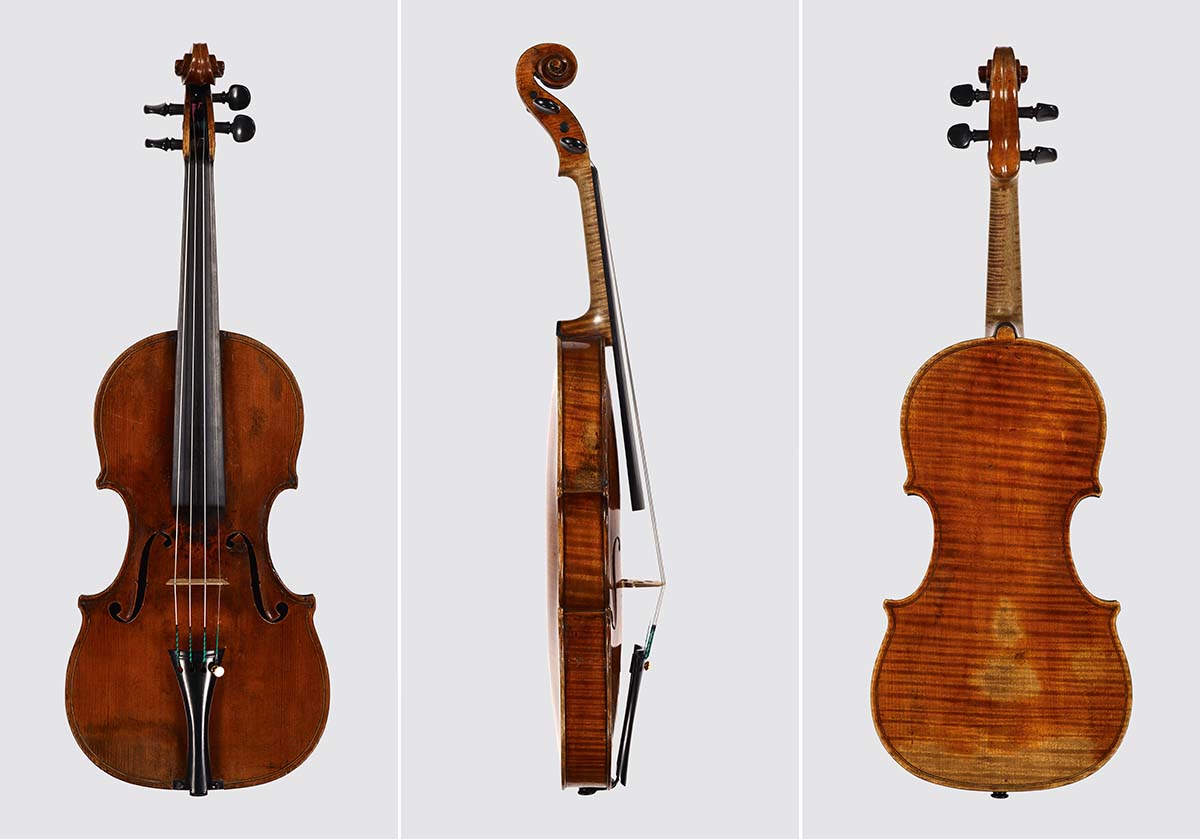 Violin maker: Marchetti, Enrico. Born 1855 Milan, died 1930 Turin Italy. Regarded as the best Turin maker of the 20th century. Trained with L. Bajoni and G. Rossi in Milan, worked in Turin from c.1874, initially with B. Giofffredo (Rinaldi) and subsequently with A. Guadagnini. A prize awarded to Guadagnini in the year of his death, 1881 was later disputed by Marchetti, who had made the instrument on Guadagnini’s behalf. Established independently in that year at 10 Piazza Vittorio Emanuele I. Awards at many exhibitions: Turin 1884, Antwerp and Paris 1885, Paris 1886, and Toulouse 1887. Resident in Cuorgné 1893-1912, during which time he exhibited in Milan 1894 and Turin 1898. Assisted by his son Vittorio. [John Dilworth]

I am incredibly grateful to the Harrison Frank Foundation for the loan of the Marchetti violin that I’ve been lucky enough to play on for over two years now. When I was in my final year at music college, the impending loss of the instrument I had on loan from the Royal Academy of Music was an ever-constant worry. The Harrison Frank Foundation bridged a hugely important time in my career, when I was starting out and needed a good instrument.