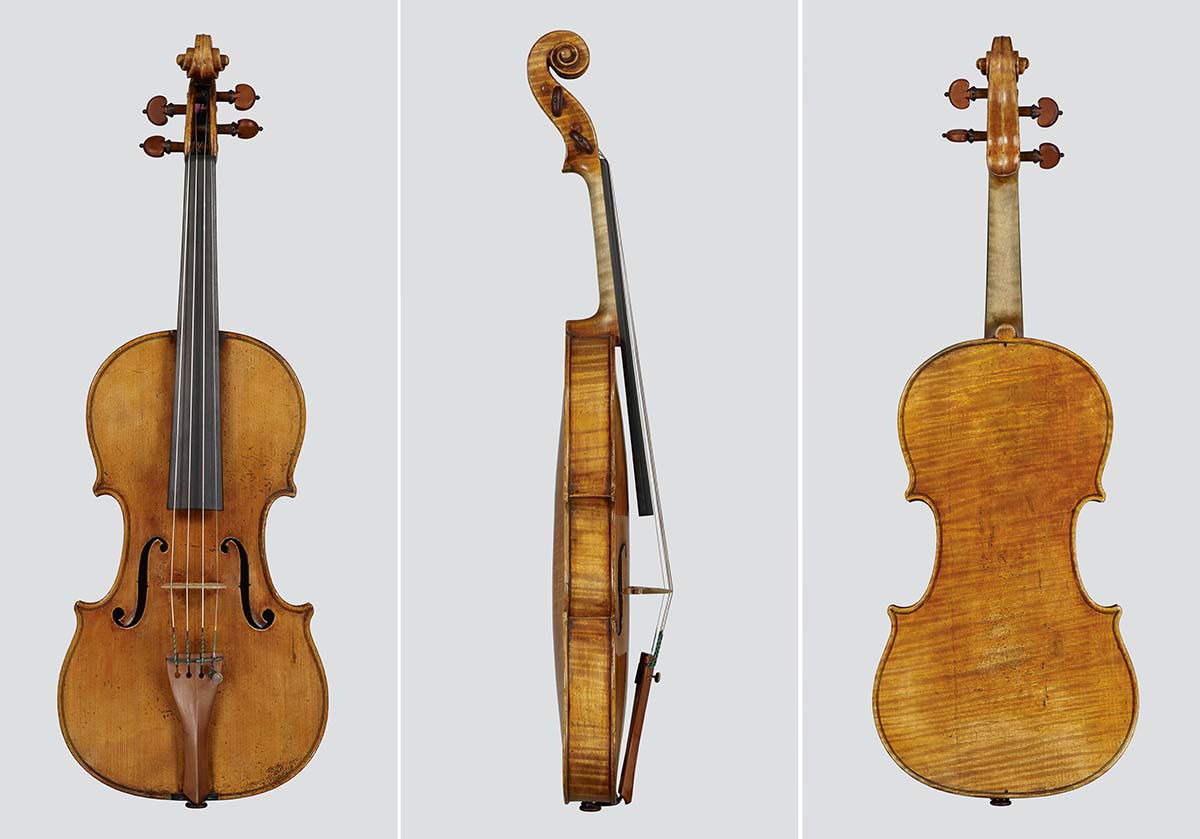 Description: this violin is a fine old Italian instrument, the work of Joannes Maria Valenzano of Genoa, whose original label it bears dated 1824. It is a fine and characteristic example of the maker’s work, though showing evidence of worm damage on the back.

Violin maker: Born Asti, died 1827 Trieste Italy. Active in Asti from 1770. Significant and somewhat underestimated luthier of the early 19th century. One of the first violin makers to explore the Guarneri del Gesù form and model as an alternative to the established Stradivari pattern, thanks to his links with Paganini whose origins and early life were in the same region. According to reported labels Valenzano worked first in Padua (Veneto), subsequently moving around north east Italy and the Mediterranean coast. In 1804 he is found in ‘Valentia’ or Valenza (Pedmont); possibly the origin of his family name. His birthplace of Asti is c.40km from Valenza and in early labels he calls himself ‘Piedmontese’. Established from 1809 in Barcelona, Spain and from 1813 in Montpellier, Marseille, and from 1815 in Nice, France. Thereafter returned to Italy, worked in Genoa 1818, Rome c.1825, and finally Trieste. (His presence there was remarked upon by Paganini in 1827 with the comment that he was doing very well). Work generally well judged on a fine Stradivari-derived form, though early work unrefined and a little reminiscent of Testore instruments with small finial circles to the soundholes. The scroll shows influence of the Genoa school, with straight pegbox and a small upright volute. Even the best work is not highly finished: a distinctive feature is the knife marks fanning out from the purfling points in each corner. Some Guadagnini copies, as well as rare instruments with strong del Gesù features in the soundholes, scroll, and arching. Vanish golden-yellow or a slightly pinkish orange, similar to that used by Spanish makers. [John Dilworth]

I would like to thank the Harrison-Frank Family Foundation for their loan of the Valenzano violin. They have made it possible for me to continue to grow as a musician. It is a beautiful instrument and has helped me greatly in my everyday work.