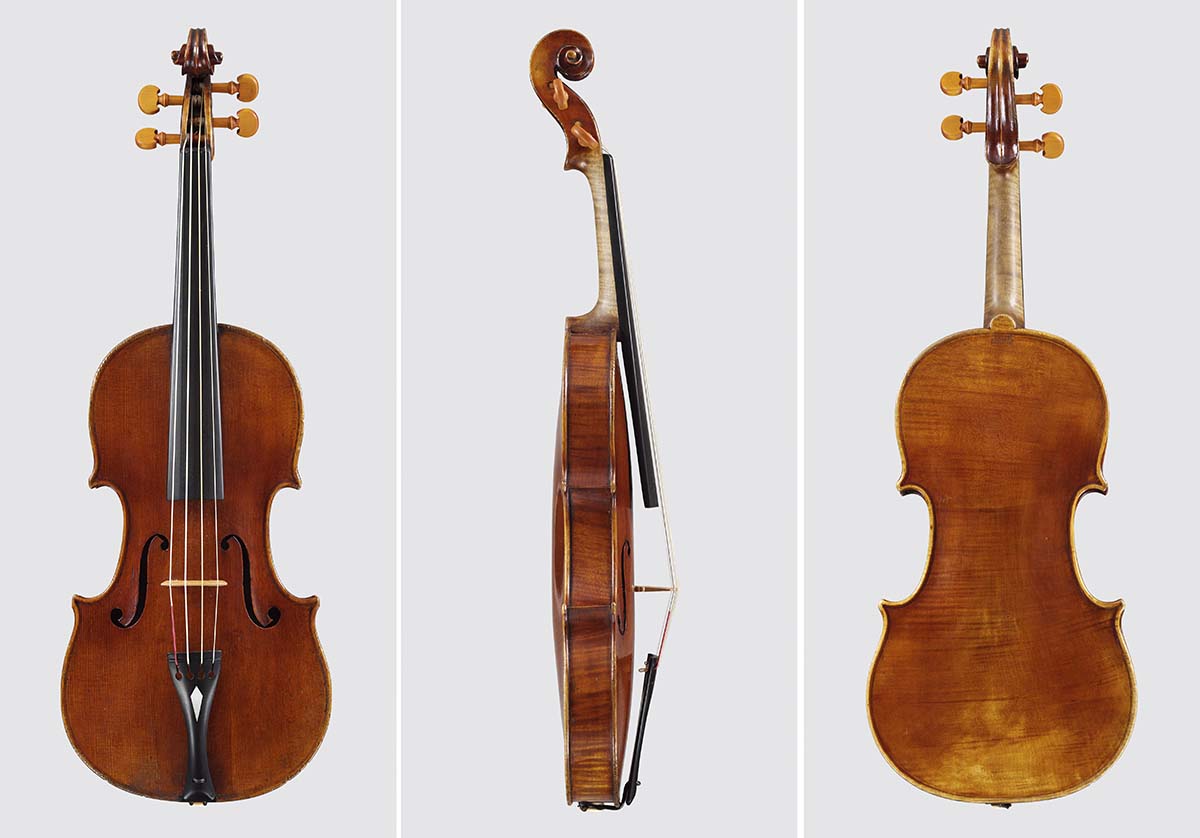 Description: this violin is a fine old English instrument, the work of John Betts of London, whose original brand is at the top of the back. It dates from c.1800. The neck is original.

This violin is currently available.