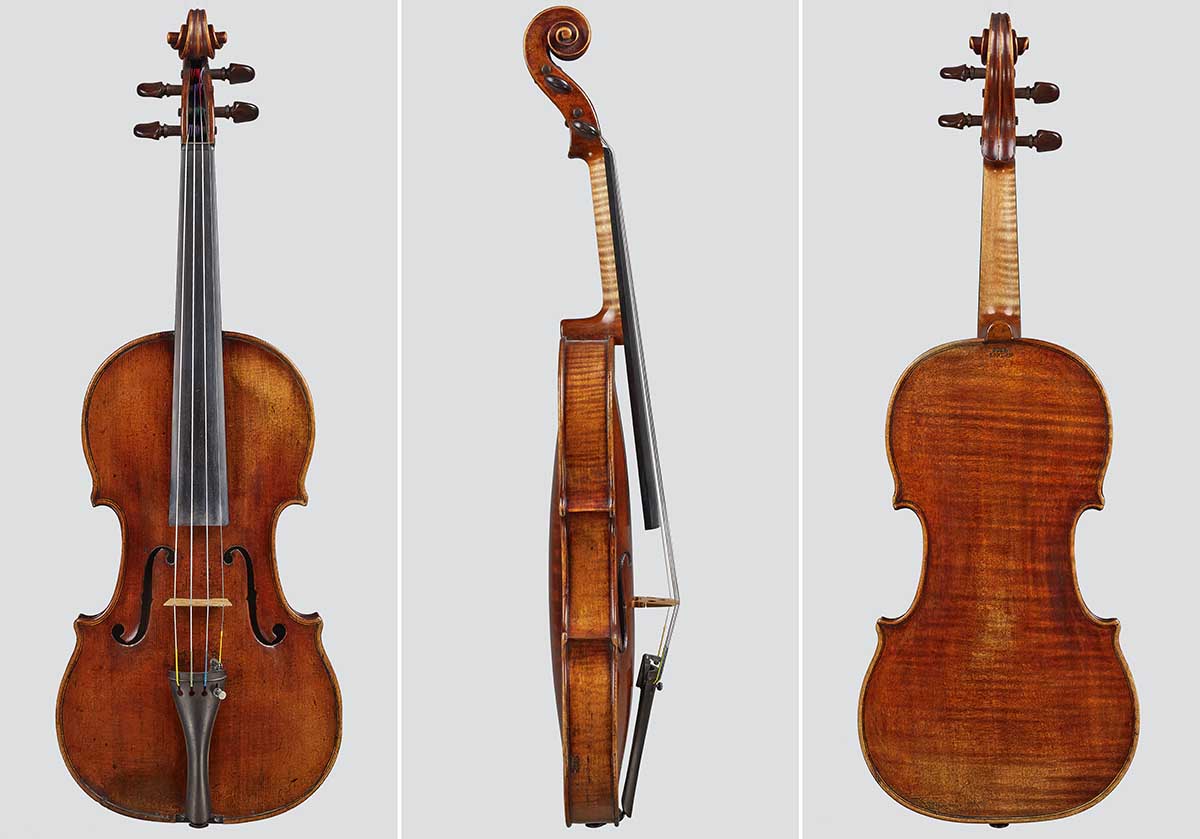 Description: this violin is a fine old English instrument, the work of Richard Duke of London, whose original label it bears 1778. It also has the maker’s original brand below the button and on the lower side. It is a fine, characteristic and at this time well-preserved example or the maker’s work.

Violin maker: Duke, Richard (I). Born 1718, died 1783 London UK. A prolific maker, entrepreneur, and shopkeeper, Duke is one of the definitive makers of 18th century London. Unfortunately his brand has been ill-used by commercial operations to upgrade many inferior instruments which has done harm to his reputation. He may have been initiated into the business by Daniel Wright who worked in Holborn and gave an apprenticeship to John Johnson. There is also a label extant stating ‘William Duke / Holborn Bars / London 1727’ which may be the work of his father. Richard’s workshop was first established in Lamb’s Conduit Passage by 1743. In 1757 he could be found at ‘Red Lyon Street near Graye’s Inn Passage’. [John Dilworth]

An instrument of quality and versatility is imperative at this early, formative stage of a musicians career, and I am extremely grateful to the Harrison Frank Foundation for their generosity towards such musicians. The 1778 Richard Duke of London violin I have been lent is powerful, bright and exhibits an impressive range of colours.  I look forward to the musical challenges that I will encounter over the next few years, and relish the opportunity to face these challenges with an instrument of this calibre.