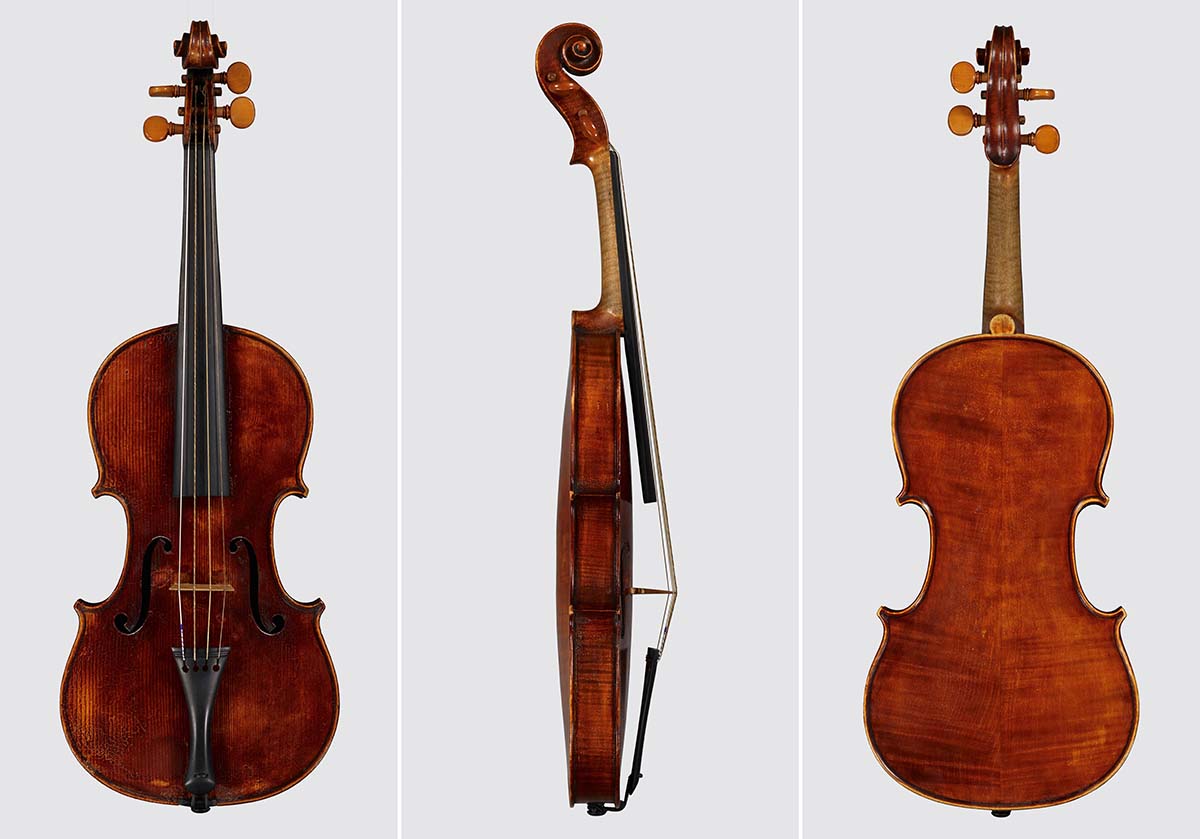 Description: this violin is a fine old English instrument, the work of Thomas Kennedy of London, whose original label it bears dated 1842. It is a fine a characteristic example of the maker’s work.

Violin maker: Kennedy, Thomas. Born 1784, died 1870 London UK. Son and pupil of John Kennedy, above. Also apprenticed to Thomas Powell. From 1802 working for William Forster (III), but established independently from 1804 at 16 Princes Street, employing James Brown and later some of the best English bow makers, including Thomas Tubbs, James Dodd, and Edward Dodd. William Forster (IV) also made instruments for him c.1810, as did John Crowther. In about 1813 Kennedy’s shop moved to 16 Nassau Street, and from 1816-1848 was at 364 Oxford Street. This shop then closed but Kennedy continued to work from various addresses: 4 Cummings Place, 4 King’s Road, and 164 Pentonville Road. Continued to supply instruments. [John Dilworth]

Without the Thomas Kennedy violin from the Harrison-Frank Family Foundation I wouldn’t have had access to such a beautiful, high quality and historically appropriate instrument. It has been a joy to play such a responsive violin and has given me the confidence to take on auditions, tours and solo projects that I simply wouldn’t have imagined I could do before. Working with an instrument that has such a generous tone, yet still has the capacity to blend within a section has meant that it suits all facets of my job as a freelance musician, enabling me to take the first steps on what promises to be a varied and rewarding career in music.