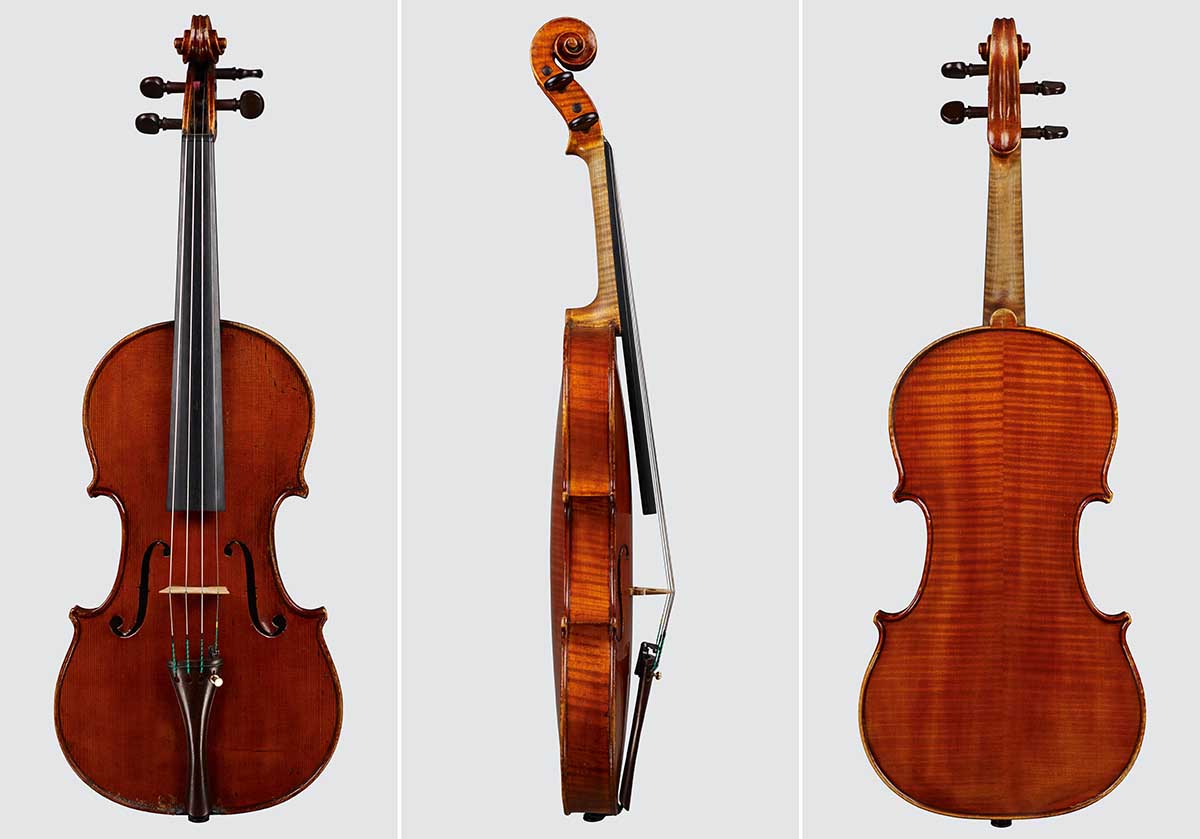 Description: This violin is a fine old Italian instrument, the work of Romeo Antoniazzi of Milan, whose original label it bears dated 1912. It is a fine and characteristic example of the maker’s work.

Violin maker: Born 1862 Cremona, died 1925 Milan Italy. Younger son of Gaetano Antoniazzi, Like his elder brother worked with Bisiach and Monzino in Milan, as well as training a large number of pupils, including G. Pedrazzini, F. Garimberti and P. Parravincini. Generally a little less consistent in his work than Riccardo, but his best instruments come from the period 1885-1910. Stradivari, Guarneri, and personal models, with clear orange-brown varnish, sometimes rather hard and chippy. His labels give Cremona as his location, although all his work was done in Milan. Gold and silver medals at Milan, Turin, and Paris Exhibitions. Antoniazzi Romeo di Cremona / fece in Cremona l’anno 189. [John Dilworth]

Without the Harrison-Frank Family Foundation, I would not be able to play on such a beautiful instrument as I am now. It is such a privilege to play on a violin of this quality and I am already learning so much about its depth and sound and discovering a whole new world of colours. I am so lucky to be given the Antoniazzi at a time in my career when I will be doing lots of auditions and working with new people.