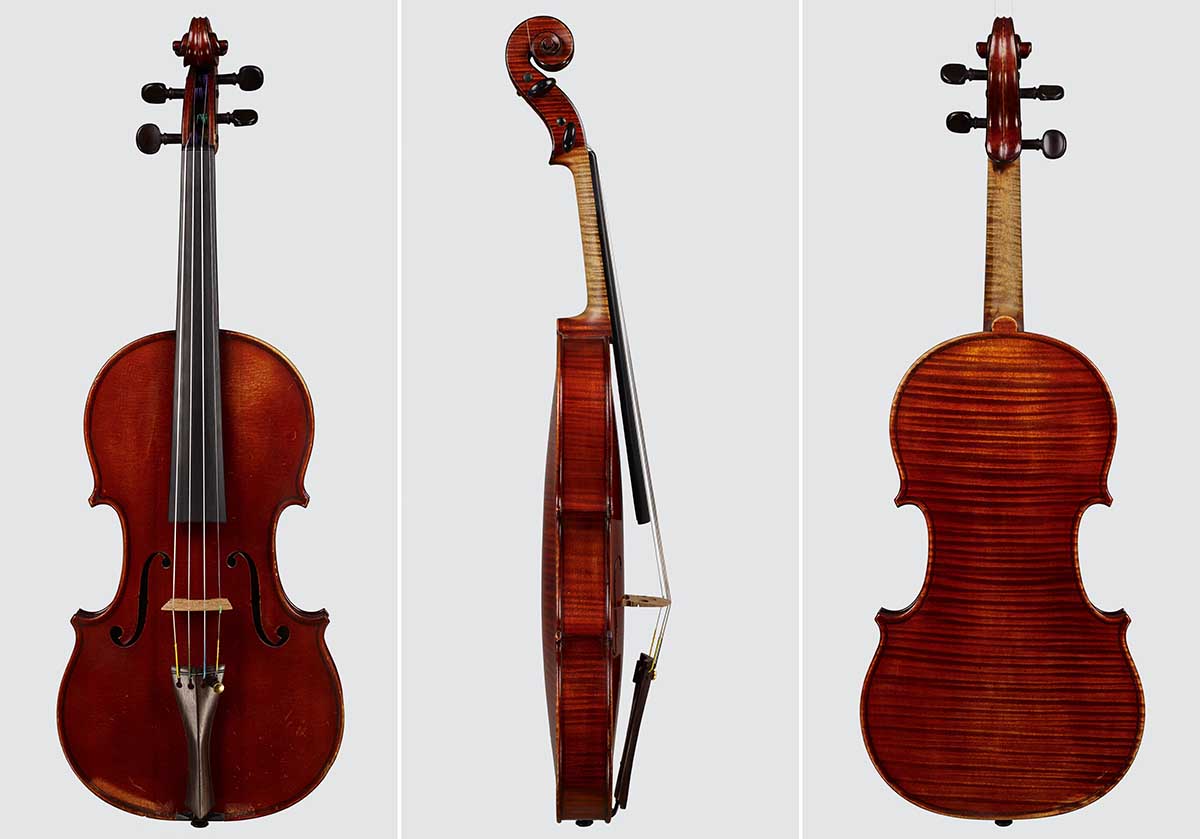 Description: This violin is a fine old French instrument, the work of Hippolyte Chrétfien Silvestre of Paris, whose original label it bears dated 1898. It is a fine and characteristic example of the maker’s work.

Violin maker: Silvestre (Chrétien), Hippolyte. Born 1845 Sommerviller, died 1913 Neuilly-Plaisance France. Nephew, pupil, and successor of Pierre and Hippolyte Silvestre in Lyons. The son of the sister of Pierre and Hippolyte. Born Hippolyte Chrétien, he added the family name Silvestre for professional reasons. Trained initially in Mirecourt before joining his uncles and taking over the business in 1865. Moved the shop to Paris 1884. Established in the rue Faubourg-Poisonnière; variously at 24, 20, and 25, under the name ‘Silvestre Neveau’. Visited Moscow 1891 where Ernest Maucotel was working with E. A. Salzard. This led to a formal association between Silvestre and Maucotel in Paris which eventually became Maucotel et Descamp at 17 rue de Rome. Very fine copies of Stradivari and Guarneri. Excellent materials (although frequent use of broad grained spruce in the tables) and good red-brown varnish. [John Dilworth]

This violin is on loan to Boglarka Gyorgy.