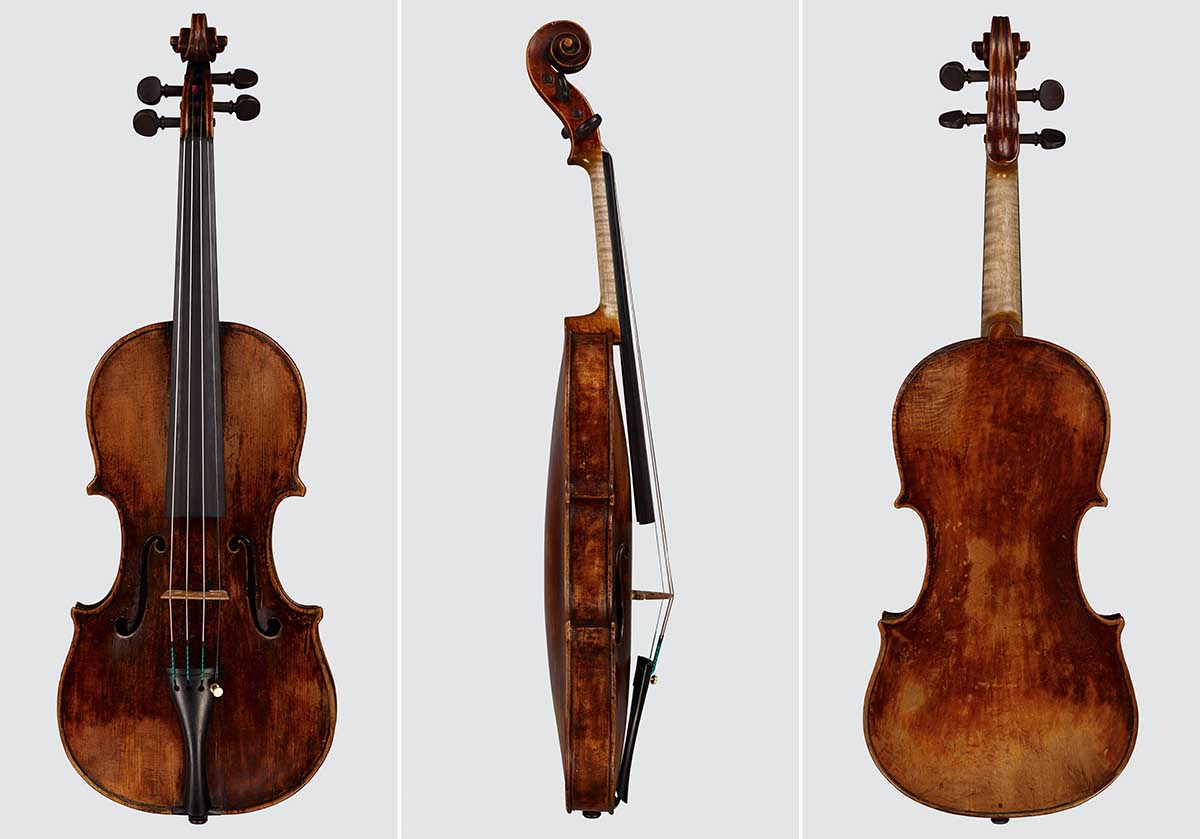 Violin maker: Turin has had two distinct periods of violin making activity, the first in the second half of the seventeenth and early eighteenth century beginning with Andrea Gatto and others, and ending with Sorsana and Celoniatus, with Cappa at it’s centre. The great revival came with Guadagnini, Pressenda and Rocca at the end of the eighteenth century. [John Dilworth]

This c.1720 Turin School instrument has allowed me to delve deeper into the intricate colours, sounds and atmospheres I can create as a violinist. As a chamber musician, my sound blends better with my quartet; as a soloist, my sound travels further in a room; and as a student, I have been able to focus on aspects of my playing other than sound production, as this beautiful instrument speaks for itself. I am extremely thankful to the Harrison-Frank Family Foundation for the loan of this instrument.