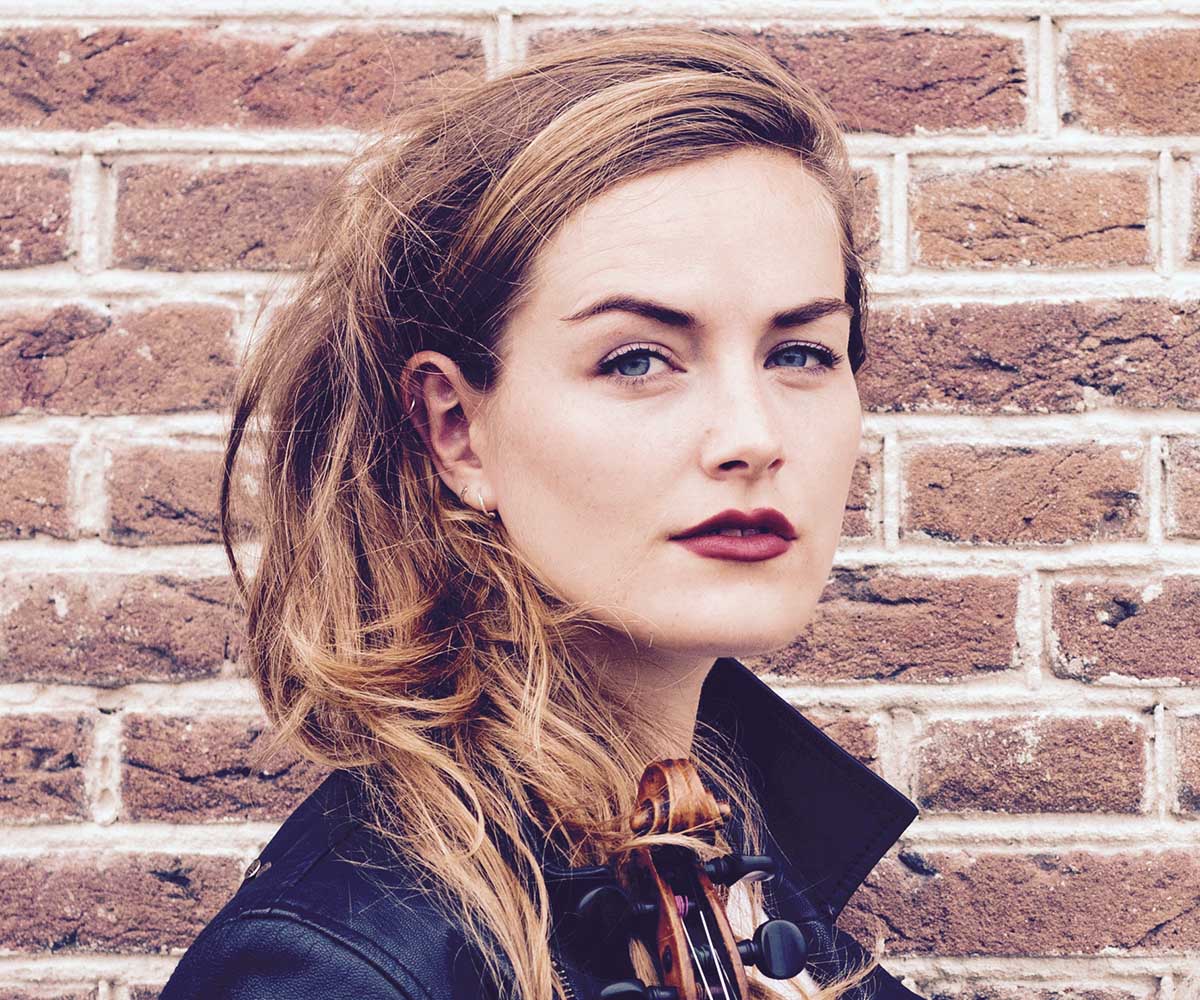 Winner of the Charles Hennen 1st Prize 2017 at the Orlando Competition and the Serena Nevill Prize awarded annually to ‘a young artist who shows exceptional promise’, Dutch-born Alicia Berendseis both an active chamber- and orchestral musician. She is part of the Behn Quartet who got selected as the CAVATINA Chamber Music Fellows at the Royal Academy of Music, 2016/17 and 2017/2018. Recent engagements include her Wigmore Hall Debut with thanks to the Maisie Lewis Young Artists’ Fund, a tour to New Zealand as ‘Encompass Artist 2018’ on invitation of Chamber Music New Zealand, her Italian debut thanks to ‘Le Dimore del Quartetto’ the String Quartet Biennale Amsterdam, a concert broadcasted live on Dutch radio at the Concertgebouw Amsterdam and working with Oliver Knussen and Linn Records on a recording of works centred around Stravinsky. Masterclass performances include the Takács Quartet in Wigmore Hall, livestreamed by Medici TV, the Pavel Haas Quartet, Doric Quartet, Levon Chilingirian, David Waterman and Philip Graffin.

Alicia graduated with distinction from the Royal Academy of Music in 2016, where she studied with Joshua Fisher and received the Amadeus Scholarship for outstanding achievement. Alicia attended the Academy thanks to the generous sponsorship of the Prins Bernhard Foundation, the VSB-foundation, and many others. In 2014, she completed her undergraduate studies at the Conservatorium van Amsterdam where she studied with Peter Brunt and Lex Korff de Gidts.

Alicia plays a Dante Guastalla violin and a Lamy bow, which are kindly on loan from the Harrison-Frank Family Foundation and Hurwitz Fine Instruments.