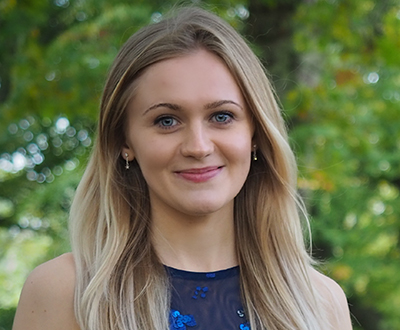 Kirsty holds a master of Art with Distinction from the Royal Academy of Music and a Bachelor of Music with First Class Honours from the Royal Conservatoire of Scotland. During her studies she won numerous prizes including the Hilda Bailey prize for Violin, the Mabel Globel prize for Chamber Music, the Thomas and Margaret Roddan Scholarship, the Wolfson Scholarship and the Donald Dewar Scholarship. Kirsty is a Licentiate of the Royal Academy of Music in Violin teaching.

As a keen chamber musician, Kirsty was delighted to be invited to festivals such a Mendelssohn on Mull, Festival MusicAlpe and the Cantelina Music Festival. Kirsty has performed for Rannoch Music Series, Westbourne Music Series, Glasgow Cathedral Festival and the Aberdeen International Youth Festival. With the Corran Quartet of which she was a founding member, she was invited to be Quartet in Residence at Music Cordiale International Festival in France, as well as being on the  Britten-Pears Young Artist programme for 2021 and performing live on BBC Radio 3’s ‘In Tune.’  Kirsty enjoys working with orchestras including the Royal Scottish National Orchestra, BBC Concert Orchestra, the English National Ballet, the Orchestra of Scottish Opera. She also enjoys smaller chamber work with ensembles including Orpheus Sinfonia, Piccadilly Sinfonietta and Southbank Sinfonia. She has collaborated with the London Symphony Orchestra to record for British Airways and has memorable experiences performing with the Czech Philharmonia. She has performed at the proms alongside BBC Scottish Symphony Orchestra and the Juilliard Symphony Orchestra.

Kirsty takes pleasure in creating new music and collaborating with other artists, which led her to working with Erland Cooper with whom she performed with as principle violin for his 2021 tour and live on BBC Radio 3. She has recorded film-scores and tracks for numerous contemporary artists including Anne-Marie at Abbey Road Studios. Kirsty also enjoys performing and recording orchestral jazz and contemporary music, which has led her to performing in London’s West End, as well as  with the Heritage, Rogue, and Skaparis Orchestras, as well as the London and Scottish Concert Orchestras.

Kirsty has studied Baroque Violin with Simon Standage at the Royal Academy of Music, Traditional Scottish Fiddle with Alistair Mcculloch at the Royal Conservatoire of Scotland, as well as learning piano from a young age through to it becoming her second study instrument at Bachelor level. Kirsty feels lucky to have learnt from some notable musicians and educators, including Andrea Gajic, Maureen Smith, Catherine Manson, Joshua Fisher, Ian Brown, James Boyd, Steve Orton, Levon Chilingirian, Aaron Shorr and Simon Standage.

In her spare time, Kirsty loves running, cycling, reading and indulging in some other interests. This has led her to gaining a Diploma in Nutrition, as well as qualifications from the Open University in Social Psychology and Politics, Religion and Conflict, and Global Ethics. Kirsty is a proud to be co-founder of the award winning live music company Dahlia Music of which she manages the London base.

Kirsty is so very grateful to the Harrison-Frank Family Foundation to be playing on a beautiful Silvestre violin.