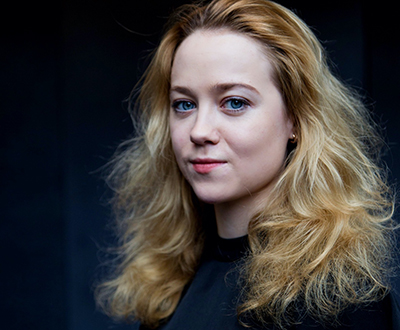 Sabine Sergejeva was born in 1998 in Riga. She started playing the violin at the age of 7. Currently she is an Artist Diploma student at the Guildhall School of Music and Drama, in the class of David Takeno. Sabine has given numerous recitals in several music halls such as St James’s Piccadilly, St John’s Waterloo, Milton Court Concert Hall in the UK, Latvia, Italy and the Netherlands. She has participated in various festivals and masterclasses playing for musicians such as Renaud Capuçon, Philippe Graffin, Krysztof Wegrzyn, Tobias Steymans, Ilya Grubert and Alexey Lundin.

As a member of the Accendo string quartet – she has performed in various concerts halls including Barbican Centre and Wigmore Hall as well as given performances in Portugal and Austria. The Accendo quartet are also the winners of the intercollegiate string quartet competition “Cavatina” (2018). They have collaborated with musicians such as András Keller, David Waterman, Levon Chilingirian, the Emerson quartet and the Takacs quartet. Since 2020 Sabine is a member of chamber orchestra Kremerata Baltica led by violinist Gidon Kremer.

Sabine is also an artist with Talent Unlimited in London. She is a recipient of Silver medal award from the Worshipful company of Musician’s (2021).

Sabine plays on a violin made by Pietro Pallotta (1814, Italy) on a generous loan by the Harrison-Frank Family Foundation.