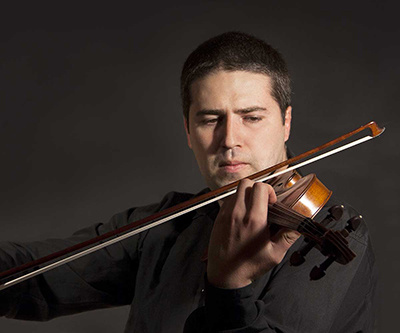 Currently, Zhivko enjoys a freelance career regularly performing as an orchestral player and chamber musician. As a freelance orchestral player, Zhivko works with the CBSO, BBC NOW, Orchestra of the Swan and Birmingham Royal Ballet. As a chamber musician, Zhivko regularly performs with the 440 String Quartet and has also played as guest second violin for the Primrose Piano Quartet in their annual West Meon music festival. As a theatre musician, Zhivko has played in a number of productions for the Royal Shakespeare Company in Stratford-upon-Avon, including Macbeth (2018), Twelfth Night (2017-18), Hecuba (2015) and The witch of Edmonton (2014).

‘I am so grateful for the opportunity to play on such an amazing instrument and I am excited for the person that would be lucky enough to have it next.’