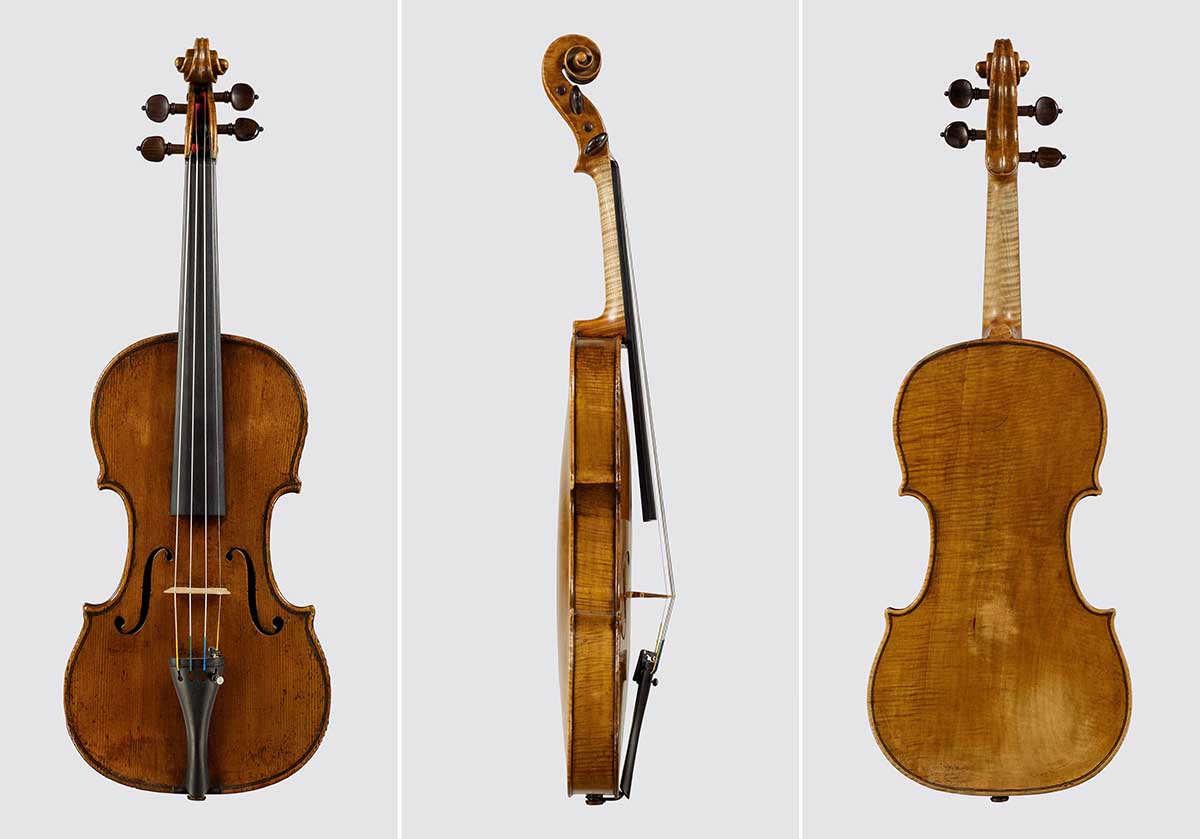 Description: This violin is a fine old Italian instrument, the work of Pietro Pallotta of Perugia and his pupil Giovanni Rossi, as indicated by the label it bears dated 1814. It is a fine and interesting example of the maker’s work.

I have been lucky enough to be playing on a violin by Pietro Pallotta lent to me by the Harrison Frank Foundation. It had been over ten years since I had even tried any violin apart from my own- the one I had bought and stuck with since being in my early teens.

I was having a lot of difficulty with achieving varied colours and a more expressive tone on the violin I owned. Having the Pallotta has opened the door to exploring this further, and is proving to be very sensitive and reactive to whatever I try to do. I’ve needed and wanted to work on my expression and for this I’ve realised that having a good instrument is invaluable. I am very thankful to the Harrison Frank Foundation for making this possible, and feel very privileged for this opportunity.

The highlight this year for me has been to play regularly with the Chineke! Orchestra which has really developed as an ensemble and also helped my playing so much over the last few years since it started. I am especially looking forward to the BBC Proms concert coming up in August and September.