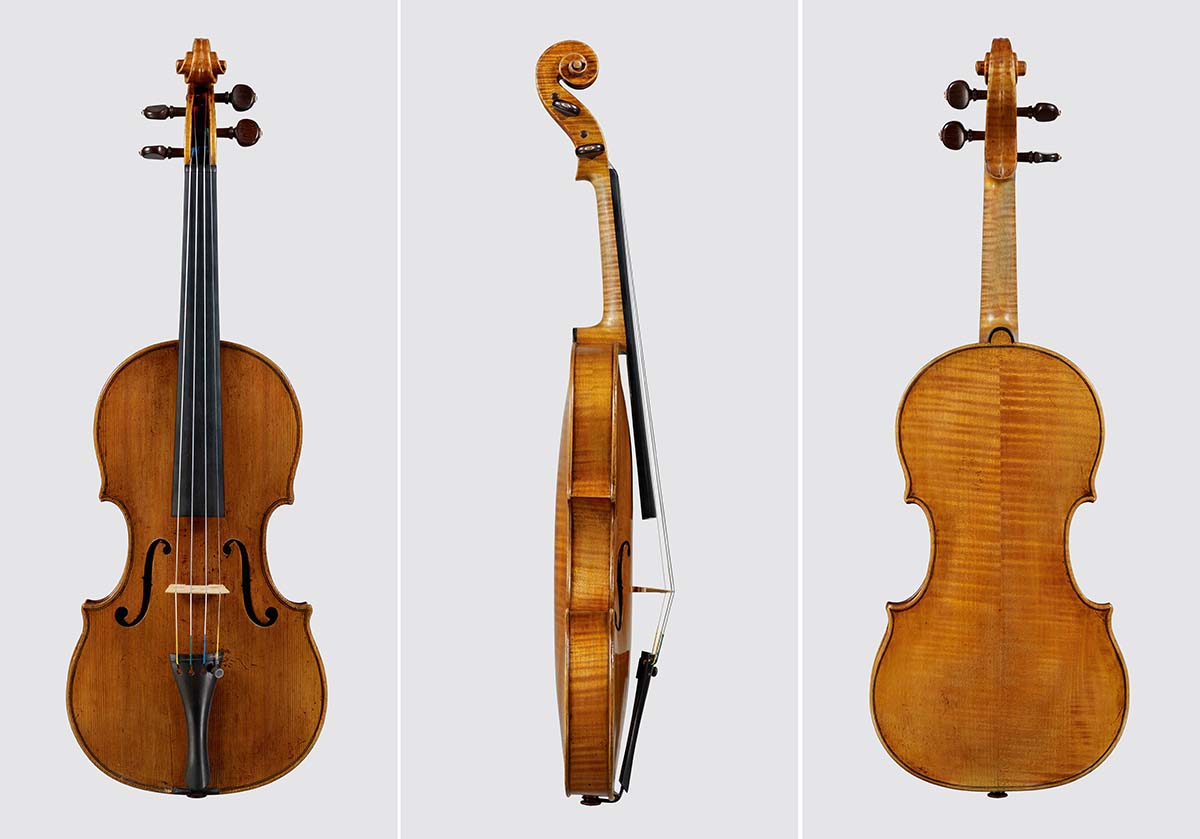 Description: this violin is a fine old Italian instrument, principally the work of Giovanni Grancino of Milan, as indicated by the label it bears. It dates from c.1700.

Violin maker: Grancino, Giovanni Battista (II). Born 1673, d. after 1723 Milan Italy. Son of Giovanni Battista Grancino (I), above. Active in his father’s workshop until 1708, when he was arrested for the murder of Antonio Maria Lavazza. He was banished from Milan and disinherited by his father, but there seems to have been some understanding that this was undertaken to avoid the death penalty. The younger Giovanni probably continued making instruments at some other location, and was responsible for the instruments bearing the name of Giovanni Grancino dated after the death of his father in 1709. He was eventually pardoned and allowed to work in Milan, but no further record of his activities has been found. [John Dilworth]

This violin is currently on loan to Oscar Perks.