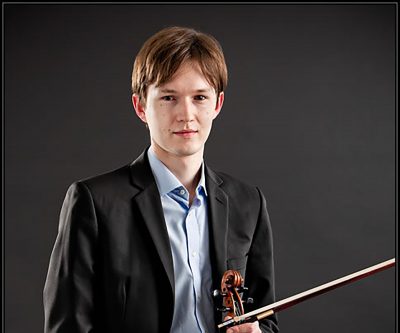 Patrick Dawkins is a violinist based in London, performing in chamber and orchestral music and as a soloist. He studied at the University of Oxford and the Royal Academy of Music with violin teachers Howard Davis and Tomotada Soh, and Baroque violin teacher Matthew Truscott. He has since developed a particular interest in contemporary music. In 2010 he joined the Ligeti Quartet, a string quartet dedicated to performing 20th and 21st-century music, and to expanding its reach through commissioning and education. The Quartet have performed extensively in venues around the UK and abroad, including Carnegie Hall, Curtis Institute, Wigmore Hall, Purcell Room, Barbican Hall, and Kings Place, and in less traditional venues such as art galleries, theatres, nightclubs, and on a fishing boat. They are Quartet in Residence at the Universities of Sheffield and Cambridge, and City Music Foundation Artists. In 2017 they were Fellows of the inaugural Barnes Ensemble Festival in Philadelphia, performing contemporary music for strings.