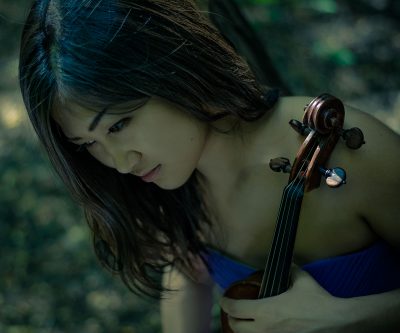 Kana Kawashima, born in Japan in 1991, began playing the violin at age 4. Brought to England at age 6, she studied with Eszther Katona and Natasha Boyarsky, and was awarded a place at the Yehudi Menuhin School in 2003. In 2009, she moved to study at the Vienna Konservatorium under Pavel Vernikov where she completed both her Bachelor’s and Master’s degree.

She was a 2016/17 Professional Diploma student at the Royal Academy of Music with So-ock Kim where her studies were generously supported by the Florence Whitlock Scholarship and the Albert Cooper Foundation.

She has appeared as a soloist and in ensembles in major halls such as the Wigmore Hall, Royal Albert Hall, Queen Elizabeth Hall, Barbican Centre, Purcell Room, St. John’s Smith Square, Musikverein Vienna; performed as a soloist extensively in the UK, also in Italy, Portugal, Ireland, Austria, Israel, Japan. She has performed as a soloist with orchestras including London Schools Symphony Orchestra, Menuhin School Orchestra, Mihail Jora Symphony Orchestra. She has broadcasted live for BBC Radio 3 ‘In Tune’ in 2016.

Since 2016, she has been playing baroque violin, under the guidance of Nicolette Moonen and Maggie Faultless.

‘Without the generous help of the HFF, i would have been in an impossible situation of finding myself without an instrument to play. I feel extremely lucky to be able to play and perform on such a beautiful violin, and it only motivates me to keep striving to play better and better. Thank you HFF for such a wonderful scheme!’