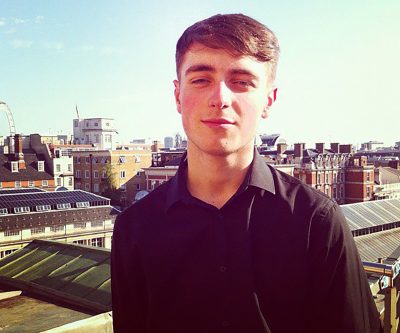 Sebastian Wyss is in his final year of study with Susanne Stanzeleit at Birmingham conservatoire. He has had master classes with Esther Yoo, Bin huang, Henning Kraggerud and many other established teachers and players.

Sebastian has regularly led orchestras at the conservatoire. He likes lots of chamber music and has performed extensively in string quartets and piano trios at the conservatoire and has received coaching members of Skampa, Chilingarian, Kuss, Navarra and Heath quartets. In 2017, he was the winner of the String Prize at Birmingham Conservatoire.